Appalachian State University Football will be hosting 4 Elite One Day Camps and a Specialist Camp!

WALK UP REGISTRATIONS WILL NOT BE ALLOWED! 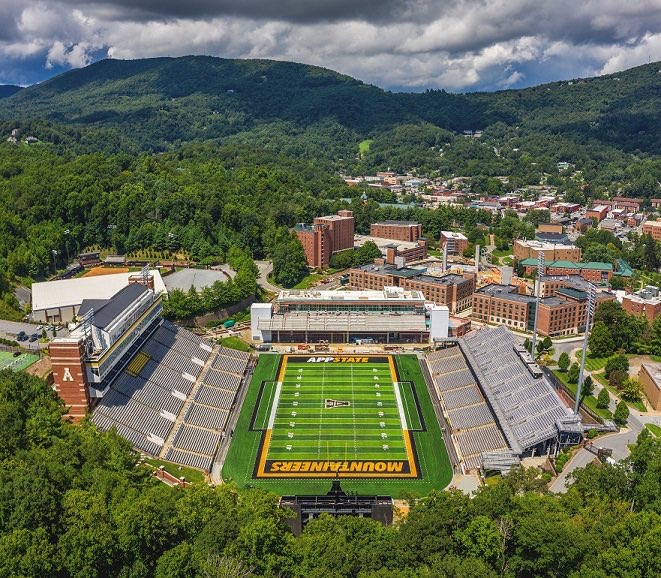 Location: Kidd Brewer Stadium under the Home Side Stands

Note: No refunds will be given.
Appalachian State University reserves the right to cancel the program for any reason.  If a camp is canceled by the University, a full refund will be issued.

Please visit the camps website for all COVID-19 Guidelines

Location: Kidd Brewer Stadium under the Home Side Stands

Note: No refunds will be given.
Appalachian State University reserves the right to cancel the program for any reason.  If a camp is canceled by the University, a full refund will be issued.

Please visit the camps website for all COVID-19 Guidelines

REGISTER CLOSED FOR THE SPECIALIST CAMP 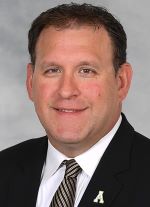 Less than four years after coming back to Boone to coach at his beloved alma mater, Shawn Clark not only became App State’s head coach, but he began his tenure with a record-breaking bowl victory and a nine-win debut season.

Clark was hired as the 22nd head football coach in App State history on Dec. 13, 2019 and improved his career record to 10-3 by capping a 9-3 season in 2020 with a Myrtle Beach Bowl championship. He was the only first-year FBS head coach in 2020 to win at least nine games.

His five-year contract runs through the 2024 season, and he made his official head coaching debut while leading the Mountaineers to a 31-17 victory against UAB in the 2019 R+L Carriers New Orleans Bowl eight days after his introductory press conference. Ranked 18th in the final Amway Coaches Poll of the season, App State went 13-1 to become the first Sun Belt team and the first FBS team from North Carolina to win 13 games in a season.

App State’s only losses were against teams with a combined 28-5 record, and it ranked No. 16 nationally with a scoring margin of +12.3 points per game against FBS teams. Under his direction, the Mountaineers were able to play 12 games and finish the season at 76 straight days without a positive COVID result among their football players and coaches.

Clark has helped lead record-setting runs to conference titles and bowl victories, not just at App State, where he played from 1994-98 and had served as an assistant since 2016, but also in four other leagues during his two decades of college coaching experience.

Working for championship-winning programs at Louisville and Eastern Kentucky before being part of a bowl win for Big Ten member Purdue and coaching at Kent State, Clark has also been a vital part of App State’s historic FBS success.

Overseeing talented, hard-working offensive lines, he followed a December 2018 coaching change involving college teammate Scott Satterfield’s departure for Louisville by excelling as an aggressive offensive play-caller in a 45-13 bowl victory against Middle Tennessee. With valuable experience at his disposal, Clark was promoted to assistant head coach before the 2019 season with Eliah Drinkwitz in his first year as a college head coach.

In each of Clark’s four seasons coaching App State’s offensive line, with the Mountaineers earning four straight Sun Belt Conference titles while compiling a 43-10 record in that span, the line ranked in the top 25 nationally in both rushing yards per game and fewest sacks allowed. The unit was recognized by the Joe Moore Award as one of the nation’s top 15 offensive lines in 2018 and 2019, and all five starters on the 2019 line received All-Sun Belt Conference recognition.

An offensive lineman in college, Clark was a two-time All-American (1996 and 1998) and three-time all-conference selection (1995, 1996, 1998) for teams that went a combined 45-16 during his first five years in Boone. In fact, as a player during the 12-0 start in 1995 and a coach for the 2019 team that has set a single-season record for wins by an FBS program in the state of North Carolina, Clark has been part of the two App State teams to post 11 regular-season victories.

Clark graduated from App State with a bachelor's degree in criminal justice in 1998 and earned a master's degree in education from Louisville in 2003.

His wife, Jonelle, was a standout softball student-athlete at Eastern Kentucky and was inducted into EKU's Athletics Hall of Fame in 2008. The Clarks have two children: a daughter, Giana, and a son, Braxton.

Clark began his college coaching career at Louisville in 2001 and has been part of six teams that won at least nine games. The Cardinals won a Conference USA championship and bowl game during an 11-2 season in 2001, when Clark was a graduate assistant, and he coached the offensive line at Eastern Kentucky from 2003-08.

The Colonels had a winning record in each of those six seasons, and Clark coached three All-Americans who went on to play in the NFL. Eastern Kentucky went a combined 17-7 with back-to-back league titles and FCS playoff appearances before Clark moved on to Purdue for a stint that ran from 2009-12. Two offensive linemen from the 2010 team were drafted, the Boilermakers capped a seven-win season in 2011 with a victory in the Little Caesars Pizza Bowl, and they made another bowl appearance a year later.

A head coaching change contributed to Clark relocating to Kent State, where he coached the offensive line from 2013-15. He was quickly promoted to run game coordinator at Kent State and served as the program's assistant head coach in 2015, before Satterfield brought his college teammate back to Boone.

In 2016, the Mountaineers led the Sun Belt in rushing offense (250.9 yards per game to rank No. 10 nationally as well as No. 2 in Sun Belt history) and ranked 16th nationally in sacks allowed. The line also paved the way for running back Jalin Moore to be named the Sun Belt's Offensive Player of the Year and steered Marcus Cox toward becoming the program's all-time leading rusher with more than 5,000 career yards.

The Mountaineers led the Sun Belt in both rushing yards and fewest sacks in 2017, as they allowed only eight sacks (No. 2 nationally) and averaged 223.6 rushing yards per game to rank 22nd nationally. App State averaged 315.8 rushing yards during its 4-0 finish, going over 300 yards in each of the last three games, and it became the first Sun Belt program with three offensive linemen (Colby Gossett, Beau Nunn, Victor Johnson) named to the all-conference first team.

The 2018 team ranked 14th nationally in rushing yards per game (240.3) and 20th nationally with only 18 sacks allowed. Quarterback Zac Thomas was named the Sun Belt's Offensive Player of the Year, and Darrynton Evans rushed for 1,187 yards even though he didn't become the team's primary back until after a season-ending injury sidelined Moore in Game 5.

Offensive linemen Parker Collins, Gossett and Nunn joined NFL franchises after learning from Clark at App State, and Johnson was the only senior starter on an offensive line that helped the 2019 team rank 16th nationally at 231.4 rushing yards per game and tied for 17th with only 18 sacks allowed.