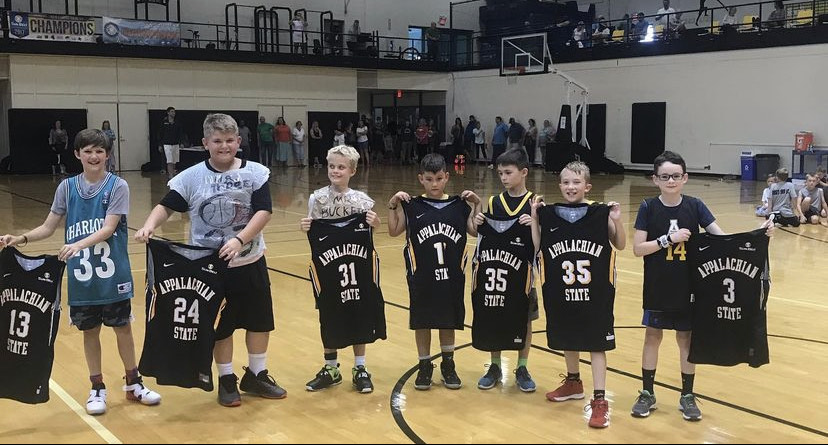 Note: No refunds will be given after June 1, 2021.  A processing fee of $50.00 will be applied to each cancellation.
Appalachian State University reserves the right to cancel the camp. If the University cancels the camp, a full refund will be provided. 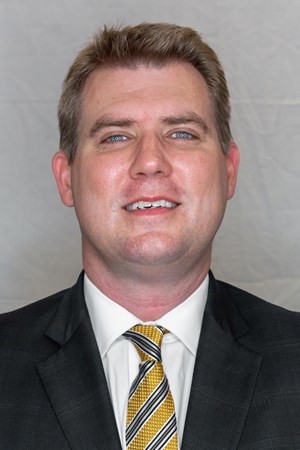 In his first two seasons at the helm of the Mountaineers, Kerns has led App State to 35 wins and back-to-back winning records for the first time since 2009-10 and 2010-11. In addition, Kerns has guided the Black and Gold to 23 Sun Belt victories and has recorded 11 true road wins, which are the most for a coach in his first two seasons since the 1940-41 and 1941-42 seasons.

In 2020-21, Kerns led App State to a 17-12 record, culminating with the program's first ever Sun Belt Tournament title and first NCAA Tournament appearance since 2001. The Mountaineers won four games in four days at the Sun Belt Tournament to punch the program's ticket to the NCAA Tournament. Michael Almonacy was named Most Outstanding Player of the tournament, becoming the fourth player in program history to earn the honor. During the season, App State was ranked in the CollegeInsider.com Mid-Major Top 25 for the first time since 2010. App State started the season 12-5, marking the program's best start through 17 games since the 2006-07 season.

Defensively, App State once again established itself as one of the top defensive teams in the Sun Belt. For the second straight season, the Mountaineers finished second in the league in opponent scoring, holding teams to 64.1 points, which was the lowest since the 1980-81 season. In all, the Mountaineers held 12 opponents under 65 points in a game during the season. Additionally, App State shot 74.2 percent from the free throw line, which led the conference and marked the first the the Mountaineers have finished atop the conference in free throw shooting as a Division I member (1972-73 season). Individually, App State saw three players (Michael Almonacy, Adrian Delph and Justin Forrest) land All-Sun Belt honors. It marked just the fourth time in program history that three players have been named all-conference in a season.

In his first season at the helm of the Mountaineers, Kerns led App State to its best season in a decade. The Black and Gold posted its most wins (18) since 2009-10 and most Sun Belt wins (11) ever. App State went 6-5 in non-conference play, marking the first time App State finished with a non-conference winning record since 2007-08. The Mountaineers also won 10 contests in the Holmes Center, which was the most for the program since the 2012-13 season. App State posted its second highest finish ever in the Sun Belt that culminated with a come from behind 70-65 win over Coastal Carolina in the Sun Belt Tournament. Kern's 18 victories in his first season at App State were the most by a first year head coach for the Mountaineers since 1942. In addition, the Black and Gold posted a +7 win turnaround, which ranked as the third highest in the nation.

On the court, App State established itself as one of the top defensive teams in the Sun Belt and nation. The Mountaineers held opponents to just 67.3 points, which ranked second in the conference. In addition, App State held 13 opponents to under 60 points, which marked the most for the program since the 1979-80 season. Individually, Justin Forrest was named First Team All-Sun Belt, marking the first First Team All-Sun Belt honor for the program since joining the league in 2014-15. Forrest was also tabbed as Sun Belt Player of the Week twice.

Off the court, Kerns has seen the Mountaineers excel in the classroom and in the community. The program achieved its highest team GPA in program history of 3.42 during the fall semester in 2020. App State also ranked 10th nationally in community service hours for Division I men's basketball during 2019-20.

A native of Kingsport, Tenn., Kerns came to the High Country from Presbyterian, where he served as head coach for two seasons. inherited a Presbyterian program that had yet to achieve a winning record in 12 seasons at the Division I level and was coming off a five-win campaign in 2016-17. He immediately led the Blue Hose to a six-win improvement in his first year before breaking through in 2018-19.

Kerns guided the Blue Hose to their first winning record (20-16) and first postseason appearance (CIT) as a Division I program in just his second year on the job. PC's 12-3 record at home and 9-7 mark in Big South Conference play are also its best since joining the Division I ranks. Kerns' team advanced to the quarterfinals of the CIT after garnering road wins at Seattle and Robert Morris. For his efforts, Kerns was named as a finalist for both the Hugh Durham Award (top mid-major coach) and the Jim Phelan National Coach of the Year.

Highly regarded for both his recruiting acumen and player development, Kerns and his staff mentored 2018-19 Big South Freshman of the Year Adam Flagler, who led the Blue Hose with 15.9 points per game and a school-record 108 3-pointers made. In Flagler and forward Cory Hightower, PC boasted two of the league's five all-freshman honorees. Point guard Davon Bell led the league in assists (6.5/game) and made the All-Big South second team.

Presbyterian established itself as one of the premier 3-point shooting teams in the country in 2018-19. The Blue Hose's 394 total trifectas currently rank second-most in the nation behind NCAA Sweet 16 contender Auburn. Kerns' team didn't just shoot the ball prolifically, but also efficiently. The team's 3-point field-goal percentage ranks among the top 25 nationally, and PC's assist-to-turnover ratio of 1.58 is fifth-best in the country. For his efforts this past season, Kerns has been named a finalist for the Jim Phelan National Coach of the Year and for the Hugh Durham Mid-Major National Coach of the Year. The winners of each award will be announced next weekend at the Final Four.

A 2002 graduate of Clemson, Kerns climbed the coaching ranks on staffs with Buzz Peterson at Tennessee, Mike Young at Wofford and Kerry Keating at Santa Clara.

From 2013-17, he served as associate head coach at Wofford, helping the Terriers claim back-to-back Southern Conference Tournament titles and NCAA appearances in 2014 and 2015. He was instrumental in the development of guard Fletcher Magee, who this year broke the record for most 3-pointers in NCAA Division I history. Kerns received national recognition as one of college basketball's top assistant coaches and recruiters, earning the No. 4 Low-Major Recruiter ranking from CoachStat.net and the No. 20 Mid-Major Assistant Coach ranking.

Kerns was an assistant coach at Santa Clara for five seasons from 2008-13, where he helped the Broncos claim the third-most wins in the West Coast Conference behind Gonzaga and Saint Mary's during that span. He helped Santa Clara win 26 games in 2012-13 and capture the College Basketball Insider (CBI) title, as well as a 24-win season and a CIT title in 2010-11. He had previous stints as director of operations at Santa Clara (2007-08), assistant coach at Wofford (2004-07), graduate assistant at Tennessee (2003-04) and director of basketball operations at Tennessee Tech (2002-03).

During his coaching career, Kerns has seen 37 players play professionally.

Kerns graduated from Clemson in 2002 with a degree in secondary education. As an undergraduate, he worked as a student assistant for the men's basketball program and was selected to coach at the prestigious Michael Jordan Flight School for three summers from 2001-03.

Kerns is married to the former Brittany Wright, and the couple has a daughter, Emory, and a son, Riggs.

What They're Saying about Kerns:

MATT MCMAHON
Murray State head coach, App State alum
"This is a great day for Appalachian State University. Dustin Kerns is an outstanding basketball coach who will build a winning program in Boone. He will instill a culture and style of play that all Mountaineer alumni and fans will be proud of. As a former player, Appalachian State is a place I am very passionate about, and I am thrilled we will have a coach of Dustin's caliber leading our basketball program."

MIKE YOUNG
Virginia Tech head coach
"I am so happy for DK and App State. The Mountaineers are welcoming a great family, a gentleman and a wonderful basketball coach. He is directly responsible for many of the great ones we have had here. His dogged determination on the recruiting trail aligns well with his fiercely competitive approach to coaching basketball."

JAY WILLIAMS
ESPN analyst
"The relentless pursuit of greatness is an anomaly these days. But every once and awhile, I meet a person with that special something. That something that can elevate not only themselves, but more importantly, the people around them. Dustin Kerns has what it takes to elevate people. That within itself is a skill that can't be taught. It's a gift."

LARRY SHYATT
Dallas Mavericks assistant coach
"Dustin is one of the finest young coaches and mentors in college basketball. From the onset of his career, he always has displayed honesty and a strong work ethic both on and off the court. Appalachian State and its community have a gem."

BRAD STEVENS
Boston Celtics Head Coach
"Not surprisingly, Dustin Kerns did a great job at Presbyterian. He is a really good coach who is smart and hard working. He knows what it takes to build and maintain a successful college basketball program. I look forward to following his success at Appalachian State."